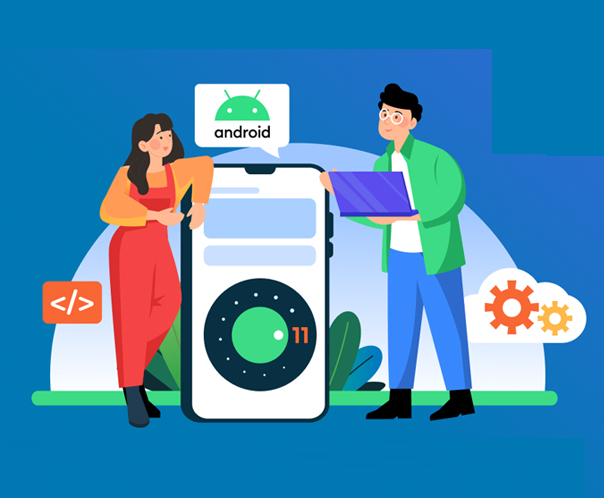 Android 10 was already an end to an era of all the previous android operating systems. As it comes with dark mode and many other app permission related updates. We now can easily can say that now we are using the android OS which was long-awaited. Android 10 was clearly a bit unexpected update from the Google to its users. But for the users out there, the GOOD NEWS is here.

Android 11 is marking its steps into the market now. And before we take a look into the topmost components of Android 11 which will definitely affect your mobile application, lets give it a glance on it features first.

What does relocating your mobile app to Android 11 mean

Some of the uppermost features of Android 11 are –

Many improvements related to Messaging

Google has refined a lot in its recent update of Android 11 to enhance the messaging experience of the user.

Remembering Android 10 which comes with a decisive and practical handling of the apps you access on the device. Now Android 11 is not less than 10, it comes with some upgrades like now it comes with one-time permission. Whenever you open an app, it will ask for permission and when you close it, it will automatically revoke the permission.

The developer preview for Android 11 shows the presence of in-built screen recorder in it which comes with smooth UI, audio recording, and shows touches on the screen. Hence, now you can officially say that the long wait for in-build recorder is over now.

The Android OS 11 is developed in such a way in which you can hassle-freely run both the screens of double screens phones like foldables, etc. As the era of foldables has arrived sufficiently.

As we all know, 5G is already taking its mark very rapidly. We hear different news everyday related to 5G and its implementation.

Google has updated Android 11 with “Dynamic Meterdness API” which is proved to be the most advantageous 5G experience to your device.

What does relocating your mobile app to Android 11 mean?

This is proved to be the most user centric features of all times. Android 11 will clearly dismay recurring requests for single permission. If the user, click on the option ‘Deny’ twice, then ‘Don’t ask me Again’ would be implied automatically.

The usage Stats of the app will be kept exclusive

Considering privacy to its best, all the user data or statistics will be kept in the credential encrypted storage. Hence, both the app or any system will not be able to access the data without performing some hard coding work-done. But the conditions are –

Remember, your developers need to very keen, to see the app usage data.

In some cases, the application might make use of large dataset on another application. In old versions of Android, your and another app needs to download separate dataset copies, each. But surprisingly, Android 11 grants the bigger datasets to get cached on devices utilising shared data blobs.

This is genuinely the finest feature Google have introduced in its recent update i.e., Android 11. It carries the reports for the recent process terminations. Now the app owner will not be able to collect data at the time of crash diagnostics in detail be it through any reason like memory issue, ANRs (Application is not Responding), or any different reason.

Earlier, installing large APK took so much time resulting in increasing user anxiety. But now Google has introduced the Incremental APK installation in Android 11. It acts likes a booster which runs the data in background to get the APK of an App installed.

If your app is constructed on the basis of Machine Learning and Neural Network than this is considered to be the best news for you so far. Android 11 will definitely make your app more beneficial and smoother for the users as now it comes with new Neural Network API 1.3.

A well-structured framework to take benefit from 5G

Count on the benefits of having 5G to your business. As the great speed of 5G can easily make your business profitable. Some remarkable benefits of 5G are high speed streaming, no latency, fast file transferring, and much more.

The Era of Android 11 is on. Don’t delay yourself, let us help you in the best way possible.

Stay in touch with Maven technology to get more updates on IT. Also, talk to our expert to experience the ideal Mobile app development for your business using the most recent techs and tools. What are the Benefits and Approximate Costs of Developing a New Generation Gaming App in 2022? 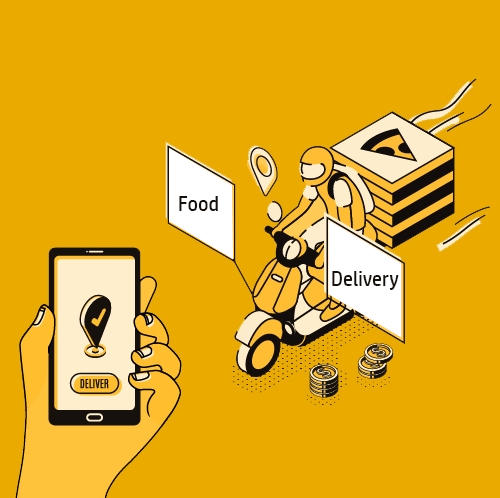 How much does it cost to create a food delivery app for Android and iOS platforms?